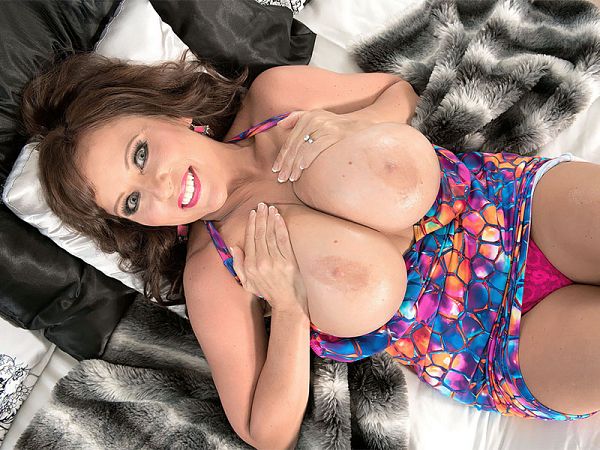 It took time, like all good events. It took several years, but Shelby Gibson made her dream and the dreams of the many guys crushing on her come true

Just to recap: Shelby is the wife of a SCORE reader and gets a lot of attention in general. She loves big tits and hot sex and applied to model on the urging of her husband.

"My husband didn't have to convince me at all," Mrs. Gibson said. "I wanted to do it. It was better than I expected. There was really good chemistry between JMac and myself. I felt safe with him and totally turned on by him. I knew it would be a great experience. We had a great rapport when we did my first scene, and he's just a great guy, and I know we look really good together."

Three years passed after Shelby's suck and tit-fuck. I never gave up hope and emailed her every few months to touch base.