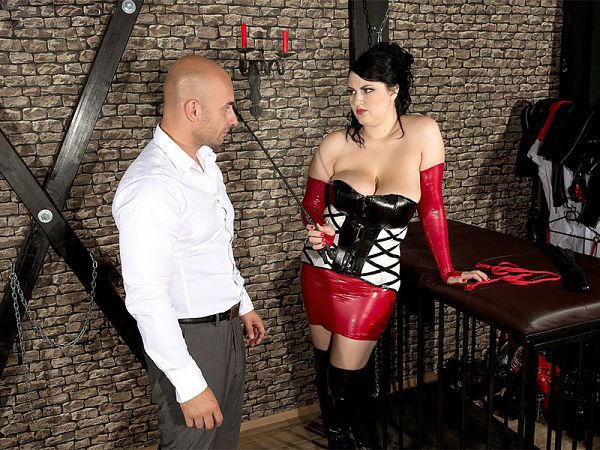 When this scene with Barbara Angel was originally released, I wrote:

"When her slave Neeo shows up late to her fully-equipped dungeon, she digs into him for his tardiness. But Neeo is done with this charade. It's the revolt of the slave, and top-heavy Barbara is about to be toppled over in a dirty game that Neeo has planned."