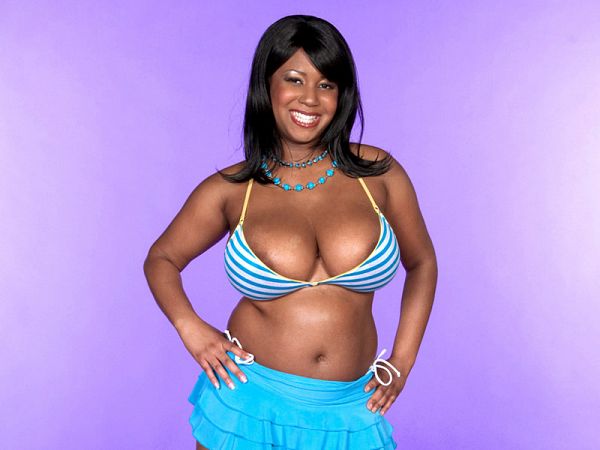 "I like simple stuff," FF-cup natural Aileen Ghettman said. "I once was working at a bar, and a guy came up to me and said, 'If I can call you, will you talk to me?' I said okay because how was he going to get my phone number? Then when I went in the office, he grabbed my phone, called his phone with it, then erased his number out of my phone and called me, and I actually talked to him. That worked."

AILEEN: I take my stiletto heels and rub them against your balls and push down lightly, but then I gradually go into kicking them.

SCORE: Is the guy lying in the bed or standing up?

AILEEN: He's on all fours.

SCORE: And you have your heel between his legs?

AILEEN: Yes, and I'm using the heel of my shoe on his balls.

SCORE: And kicking is involved?

SCORE: Call me old-school, but getting kicked in the balls doesn't sound like too much fun.

AILEEN: Well, there can be quite a tingly feeling when you add sensory deprivation, which is taking ice and rubbing it on the balls before you do it, and then when you go to kick them, they feel it 10 times more. And after the pain subsides, they begin to really enjoy it. It's like busting a nut 10 times.

SCORE: So while the guy's on all fours, you're taking ice cubes and rubbing them on his balls.

SCORE: Aren't his balls getting numb?

AILEEN: Yes. And then I kick them.

SCORE: You're a ball-buster!