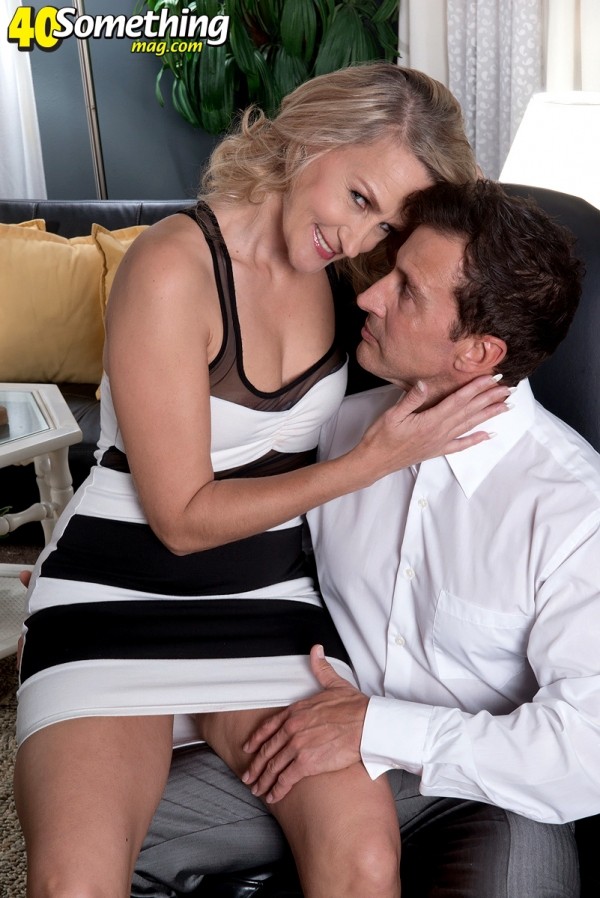 "I have always been very sexual," said Valerie Rose, a 46-year-old first-timer. "I guess I need to find some sexual fantasies because I've done everything I have ever wanted to."

Valerie isn't a swinger, although "I have visited a swingers club." She isn't a nudist. She's a divorced mother of three and a grandmother who has worked in retail for over 10 years and was once a security guard at a night club. We wouldn't mind having Valerie bounce us!

And about those kids...we asked her if she'd ever had sex with a much-younger man, and Valerie said, "Yes, several times. They were all friends of my children. My kids don't know, of course."

Of course. But as of now, the rest of the world knows.