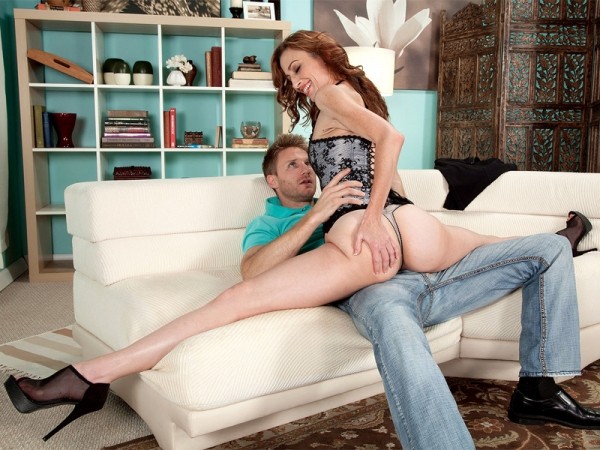 "I feel particularly hot tonight," says 44-year-old swinger Betty Blaze of California. "How about you?"

He doesn't say anything. Just lets Betty run her hands all over his body. She's wearing a sexy, low-cut top and a tight skirt that hugs her slender figure.

She says she's going to tease him, but we know better, don't we? We know that shortly after Betty teases her man, she pleases him.

Yes, Betty is going to let him fuck that little ass.

Teaser and pleaser. And anal-sex expert. She told us so. Here, she proves it in one of the hottest scenes ever.