Zena Rey loves balls (and getting her ass fucked) 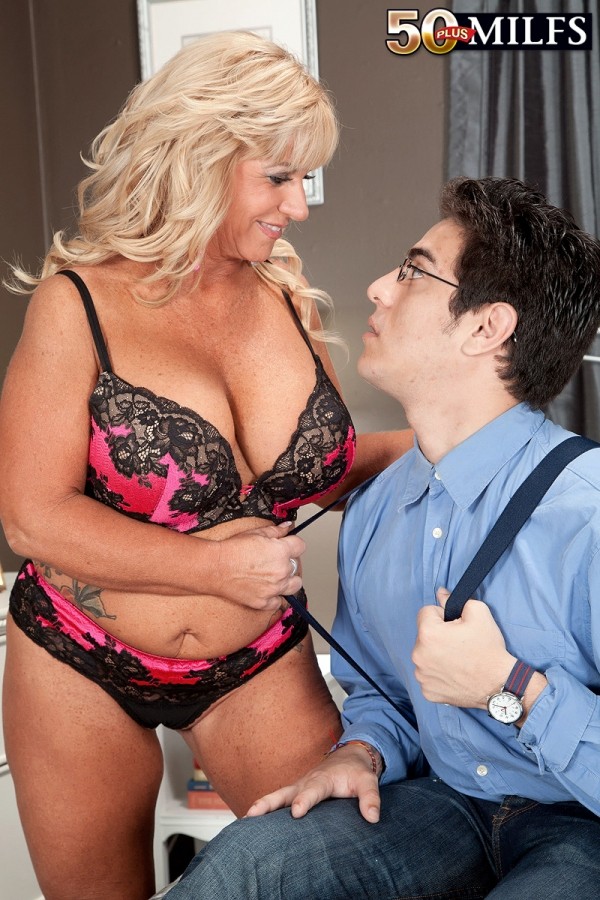 Zena Rey, a 51-year-old swinger from California, is back for more, having packed her big tits and shaved pussy into a sexy bra and panties set. She tells the guy she's with, a nerdish 21-year-old in glasses, that she's going to show him "how older women like to fuck young boys." He's shocked at her talk of that "big, bulging cock" of his, but he does nothing to stop her.

"I want to rub my tits all over this body," she says as she licks him up and down.

Then she does something you don't see often.

"I want you to stand up and let me see those balls," she tells him.

Balls? Just the balls? No cock?

She pulls them out through his shorts and sucks and licks his balls every which way, burying her face in his nutsac, and just when you think she's going to take his cock out of his pants, she sucks his balls some more. This is groundbreaking cinema. Most women don't love balls as much as Zena Rey does. Finally, she gets to his cock.

And he gets to her pussy. And her butthole.

And that's how older women like to fuck...just about everyone.

Who's got the biggest natural breasts? Join XLGirls.com today and decide for yourself.