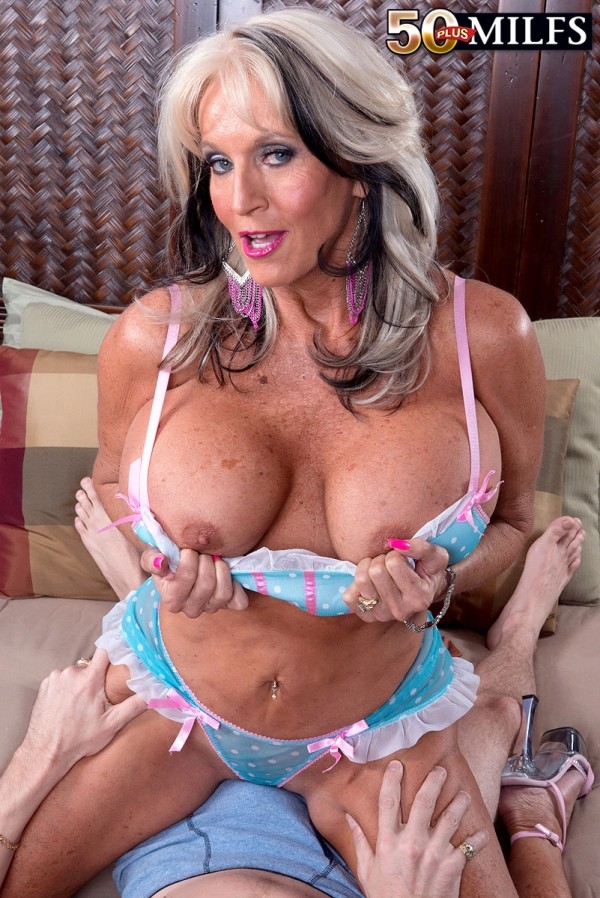 This scene, shot a few months ago when Sally D'Angelo was 58 years old, features Sally barely dressed in a tiny bra and panties. Her tits are pouring out. The sex talk is pouring out of her mouth, too.

"You're so fucking dirty, aren't you?" her guy says.

Imagine the raunchiness that took place. Take this scene (and Rita's scene last week) and multiply them by 10. You get the idea. But this scene will easily tide you over until then. Enjoy filthy, naughty, fuck-loving Sally.