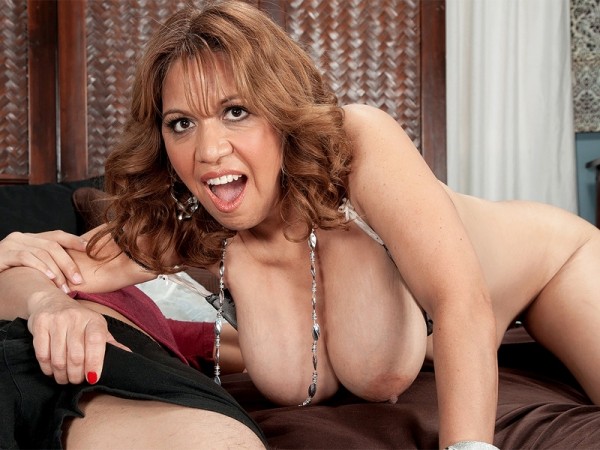 We don't know about you, but we're not crazy about movies with sub-titles. There's too much work involved, trying to watch a movie and read at the same time, and what if you close your eyes? You can't even hear what's going on!

The movie you're about to see has sub-titles, but we don't think you'll mind. This is the exception. You see, 47-year-old Latina Marisa Carlo speaks very little English, so our stud had to speak to her in Spanish. Rather than leave you in the dark about what Marisa is saying, we decided to provide sub-titles.

In this movie, Marisa says things like, "I like big cocks" and "I have 34F tits" and "Do you wanna see?" and "Deep, very deep!" and "Put it in my ass." That last thing she says in English. That's because it's an important phrase for Marisa. What if she's with a guy who doesn't speak Spanish? How's she supposed to let him know that she wants his cock in her ass.

You're about to change your opinion about sub-titles.