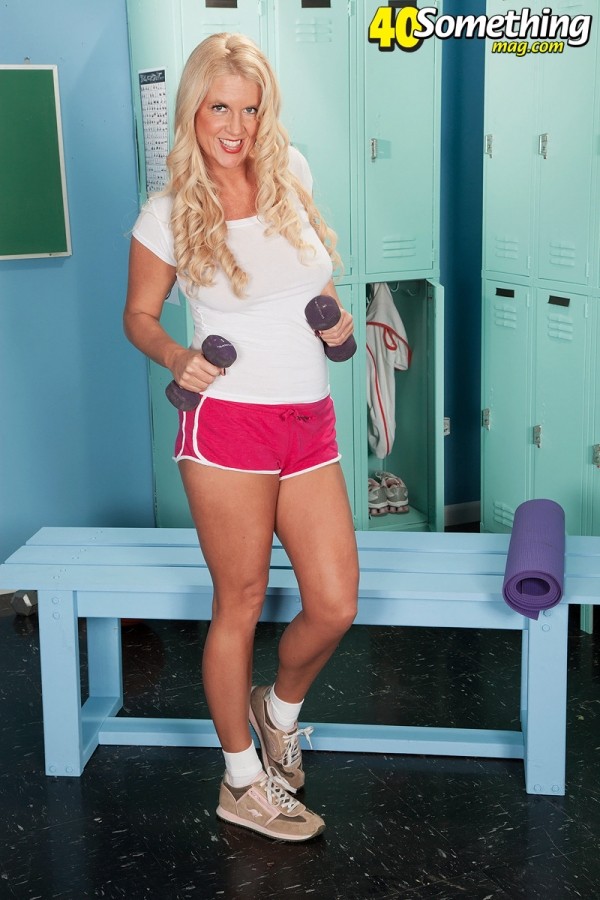 Young Johnny walks into the locker room and finds a magazine. It's 40Something. He reaches down into his shorts to jack his cock while Samantha Ray comes up from behind and stands behind a locker. She's wearing a T-shirt and gym shorts. She's rubbing her tits while Johnny admires the mag. She reaches down to rub her pussy. At this point, Johnny and Samantha are doing the same exercise, and finally, Samantha makes her presence known.

"Mrs. Ray, I didn't know there was anyone in the locker room," Johnny says.

"Looks like you like older women," she says. "You don't have to be embarrassed. I'll take care of you."

Which she does by sucking his cock and balls and lying down on the bench so he can fuck her shaved pussy. Fortunately, Johnny remembered to bring along a condom, and Samantha puts it on with her mouth and hands. After fucking Johnny in a variety of positions, Samantha rips off the condom so he can empty his balls on her face.

Back home in Michigan Samantha Ray has been married to the same guy for 24 years. She's a PTA and soccer mom. She has a husband who enjoys sharing her, which sounds fair to us. A woman like Samantha Ray needs to be enjoyed by as many men as possible. 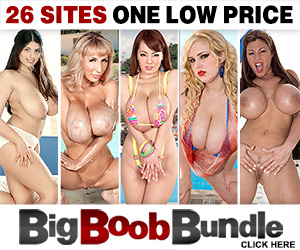