"My youngest lately was 26," Renee said. "Their stamina can keep up with me."

But sometimes it takes more than one man. Renee says her kinkiest encounter was when she had a BBC gang bang with three guys for six and a half hours.

Six and a half hours!

Renee was born in Oklahoma and lives in Las Vegas. Her birthday is September 25, 1961. She's 5'5" and weighs 129 pounds. Here, her body is looking especially sexy in a little purple bra and panties, and we love the fuck-me pumps. She says her perfect day would be "sex, shopping, sex, dinner, drinks and dancing and more sex!"

We like how the day begins and ends with sex.

"I love being watched," Renee said. "It's very hot when you know people are turned on and watching."

Get Hooked on These Boobs! 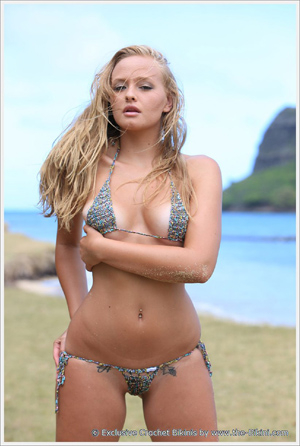