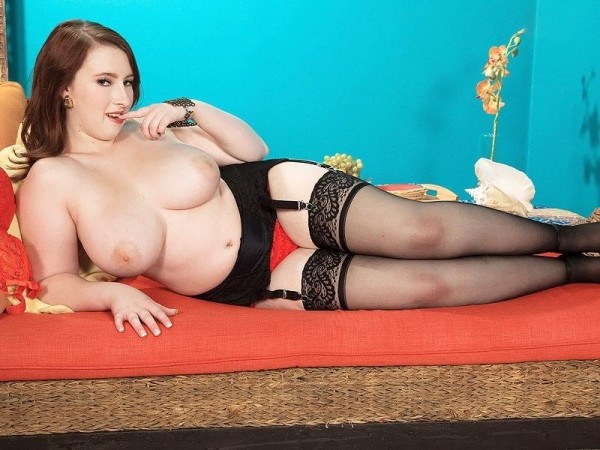 "It wasn't work," smiley Felicia said. "I enjoyed every inch."

When we discovered her, Felicia was a webcam model in Las Vegas, but although she was perfectly willing to show off her body and do other things on-camera, Felicia told us about another side of her. I've heard this from other models.

"I am essentially very shy in public," she said. "I am actually a little bit stand-offish at first, especially in public."

But she also said, "I love public sex, so, of course, on the long list of places that I have had sex is a classroom in my university. And that was actually quite fun because there were so many people walking around right outside the door the whole time."

Elliot once wrote, "Felicia has the coed, sweet girl-next-door look. The apple pie, corn-fed look. No one would guess that 34F-cupper Felicia is one of the wildest girls to put it out there on-camera. If you showed her head shot to the man or woman in the street, he or she would never think Felicia makes pounding anal-sex videos."

You're probably wondering when you're going to see those pounding anal-sex videos. Eventually. Give it time. You have to get to know a girl before you can whip it out and jack to photos of her getting pounded in her ass. So get to know Felicia.